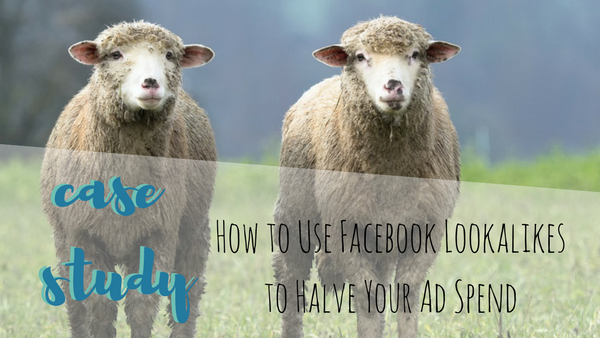 There are ways we can use Facebook ads, whether you’re looking to find a new audience, or engage your existing audience. You can target your page fans, you can target your website visitors or newsletter subscribers, you can target people based on interests or behaviours… or you can get Facebook’s Artifical Intelligence to find your audience for you.

Lookalike Audiences are a feature of Facebook ads. Using a ‘source’ group of data, you tell Facebook to find an audience with similar characteristic to an audience you already have, for example, your mailing list. Using anonymous data, Facebook will then find more people with similar characteristics to your source audience – so you’re more likely to serve your ads to people who are interested in your services.

The proof is in the pudding using Lookalike audiences: if you’ve got a strong, clean data set of audiences who are raving fans, Facebook can really do the heavy lifting to find your ideal customer.

Let’s look at a Case Study:

Working with one of my happy clients earlier this year, we were pushing traffic to their latest blog post – but we wanted to serve the blog to new audiences, not just their existing audience.
Earlier in the month, we’d targeted ads in the past to a group of people based on interests that we thought was pretty close to what we were after, which had an $11.33 CPM and a 1.85% clickthrough rate (CTR).
However, we were on a shoestring budget of $500, so we wanted to reach as many people as possible for the budget we had. Here’s what we did. 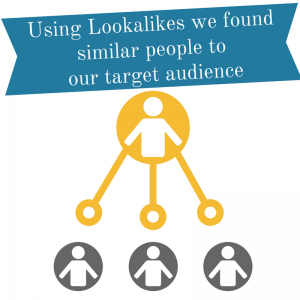 We could have speculated about more interests we thought our audience would be into, but that can be hit and miss, and chew up the budget by serving to audiences who aren’t engaged. Instead, we decided to let Facebook’s AI do the work for us, by using the Lookalikes Audience feature.
We selected a ‘source’ audience, from which Facebook to find people who matched the characteristics of. Our source audience wasn’t page fans, or a mailing list: it was people who had clicked on the previous ad we’d run.
PRO TIP: If you’re using Lookalikes from a mailing list, ensure you’re complying with GDPR and letting your users know.

We built a Lookalike audience which was within 2% similarity to the people who clicked on the first ad, and launched an ad to that new Lookalike Audience.

The results? Facebook’s AI kicked in and found audiences that were highly engaged. We can see from the high clickthrough rate that the Lookalike audiences are engaged right from the outset: we have a 1.88% CTR on the ad to this audience.

Our CPM was a little higher than our previous audience, with a $12.79 CPM, but we succeded in quickly finding a new, highly engaged audiences, without wasting time. 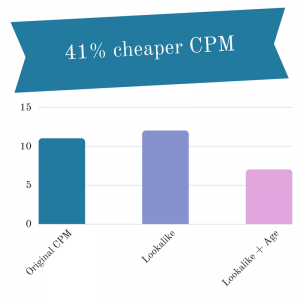 Our 2% lookalike audience was engaged, so it was time to reduce the cost. Based on the data, we could see that the 45+ age group was the most engaged and cost-effective: so, we ran a new ad and narrowed down the audience just to focus on a Lookalike Audience, aged above the age of 45.
This final ad started running, and the CPM  dropped down to $7.17. Our CTR was still sitting within a healthy rate of 0.83%. So, it was now 41% cheaper to serve ads to a brand new audience, who were highly engaged.

When trying to find new audiences for our products or services, it can be tough to know where to start. But, we can use an existing audience who is highly engaged as a map to find new audiences, using Facebook’s Lookalikes ad targeting features.
This is a particularly useful tactic because with a limited budget, we don’t want to do too much testing to find audiences who are engaged. In a matter of days we found an effective new audience to target our ads to, rather than weeks of testing. And, of course, there’s more in the back pocket: because halving the CPM, means you can reach twice as many people for the same cost.
Using tactical ad targeting and Facebook’s smart Lookalikes feature, it’s now easier than ever to find the people your business needs to reach.

Looking at running ads this year?

Rachel is an experienced Facebook Advertiser, keeping abreast of the ever-changing world of Facebook advertising. She looks for ways to set up clients to succeed in the long term to reach their business goals. Find out more about Rachel’s Facebook ads offering or get in touch today to see how Rachel can help you.

Rachel Beaney, an Australian freelance social media specialist with over a decade in digital media.

She’s worked with global names like Microsoft, Samsung, News Corp and General Assembly, in addition to not-for-profits and government bodies. She loves helping businesses solve their business needs with creative and data-driven solutions.

Want to work together? Rachel would love to help your business reach it’s goals! Get in touch today. 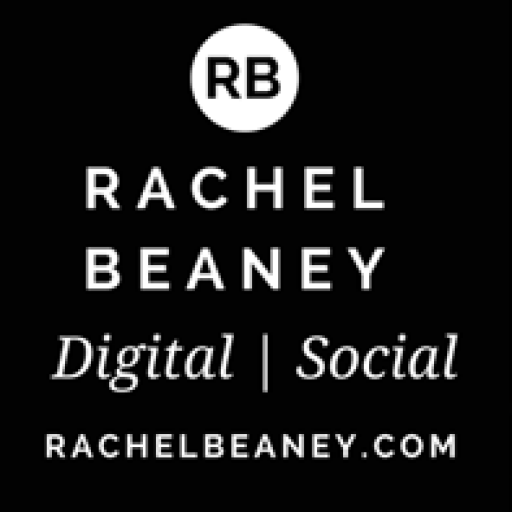 Rachel Beaney is a digital media specialist from Sydney, Australia, with a wide variety of experience in creating multimedia projects, social media and online content. Read more. In her spare time, she creates rad clay animation.
Follow her on Twitter at @beaney.

Sign up to Rachel's newsletter, to check out the latest that's happening in the world of digital and social media on Rachel’s blog in addition to receive first-in deals on the latest resources and courses.